Kaitlyn Jo Smith is an interdisciplinary artist focused on the present and future trajectories of America’s working class. Raised by skilled laborers in rural Ohio, Smith was thirteen when the housing market crashed and nearly every adult she knew was suddenly out of work. Her artworks render visible the intangible realities of unemployment by utilizing automation, machine learning and 3D scanning and printing. These technologies are directly linked to the loss of over 4 million US manufacturing jobs since 2000. Her work has been featured in PDNedu and Don’t Smile Magazine and has shown at the Museum of Contemporary Art in Tucson, Arizona, Manifest Gallery in Cincinnati, Ohio, Flower City Arts Center in Rochester, New York, Harry Wood Gallery in Tempe, Arizona and CO-OPt Gallery in Lubbock, Texas. 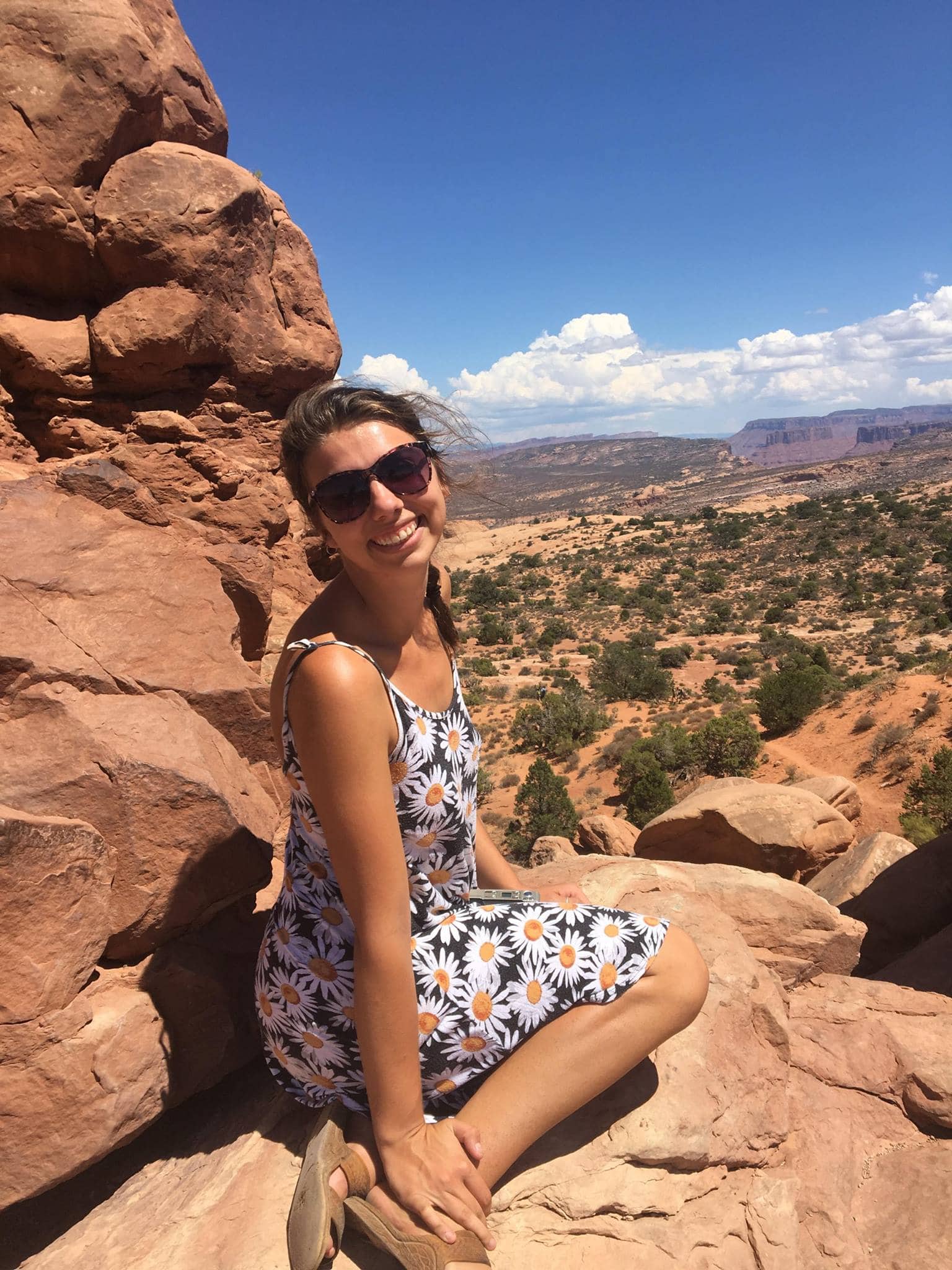 Campaign reverses power structures by placing the viewer in front of the teleprompter as opposed to behind it. The scrolling text is pulled directly from both John McCain and Barack Obama’s National Convention acceptance speeches (2008) and Levi’s Go Forth advertising campaign from that same year. Copy from all three sources was written in direct response to the 2008 housing market crash and intended for a blue collar audience. The language is generic to the point that the sentences become interchangeable, a tactic I have employed within the piece. Their message is vague but clear: work hard, fight hard, and reclaim what is rightfully yours (the American Dream). Merging the three separate texts into one (not so) new campaign speech blurs party lines with capitalistic agendas to reveal lofty ideals with no real solution.

In Mass considers capitalism, consumption and societal values by transforming trash into relics from the height of the American Empire. In December of 2018, my father and I excavated porcelain scraps from the ruins of the pottery he worked at eleven years prior. Pulled from piles of rebar and broken cement, these fragments from this once bustling toilet factory are material reminders of America’s recent industrial past. I have utilized modern manufacturing technologies (3D scanning and 3D printing) to replicate these, otherwise worthless, objects. Through preservation and re-presentation of the originals alongside their copies, I am placing myself within America’s rapidly transforming industrial narrative. By stepping in front of history, In Mass asks viewers to consider these relics long before the passage of time gives them their cultural significance. 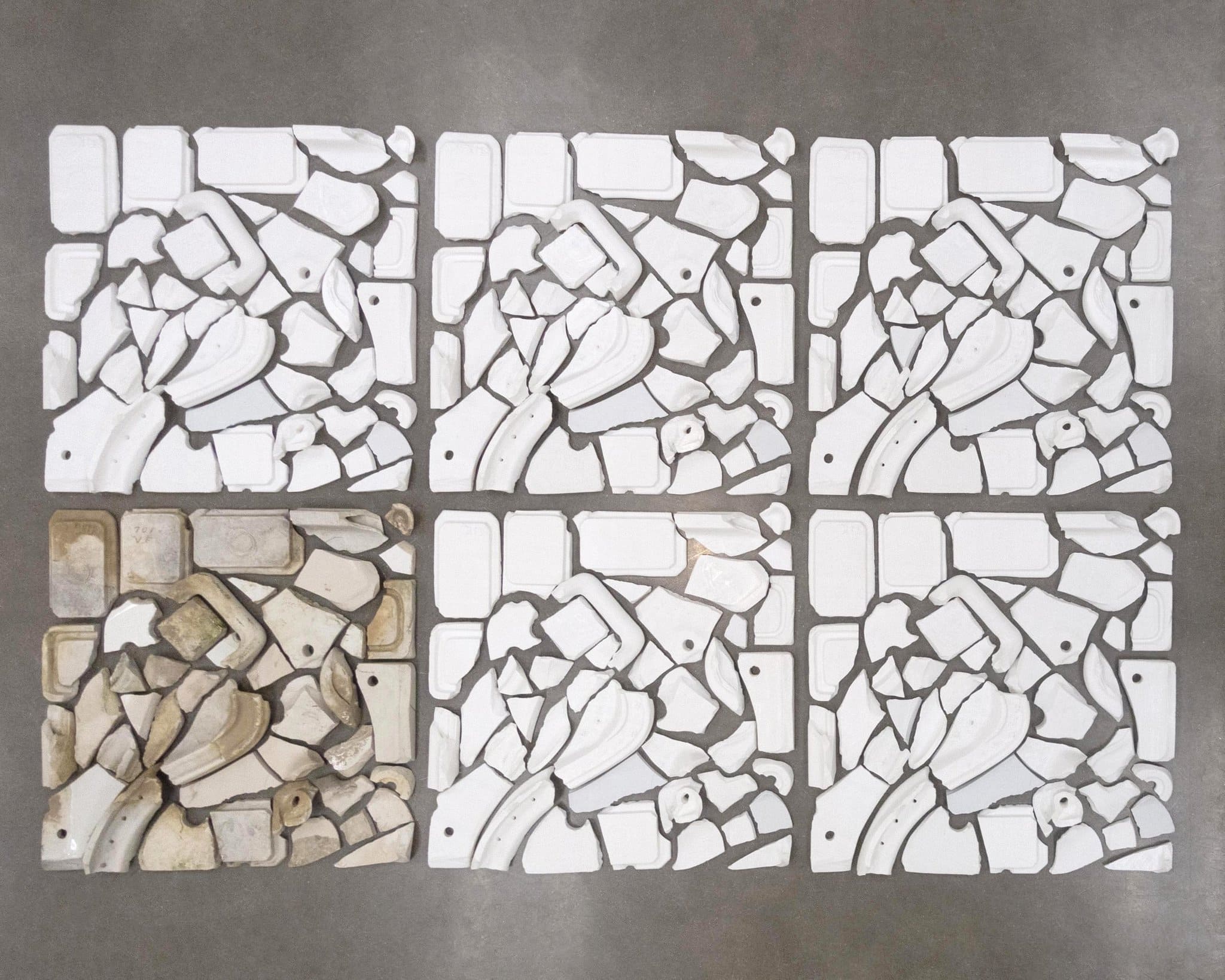 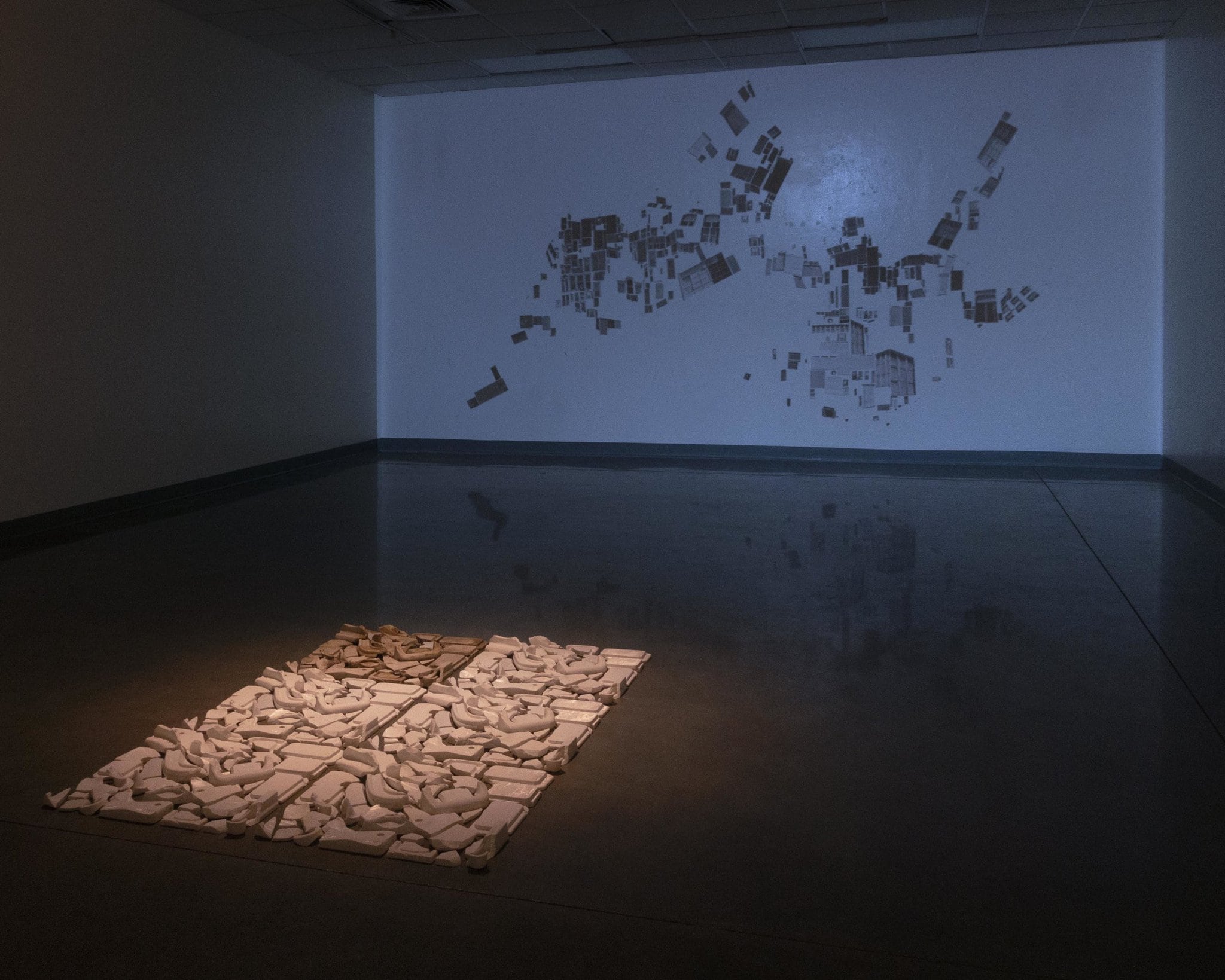 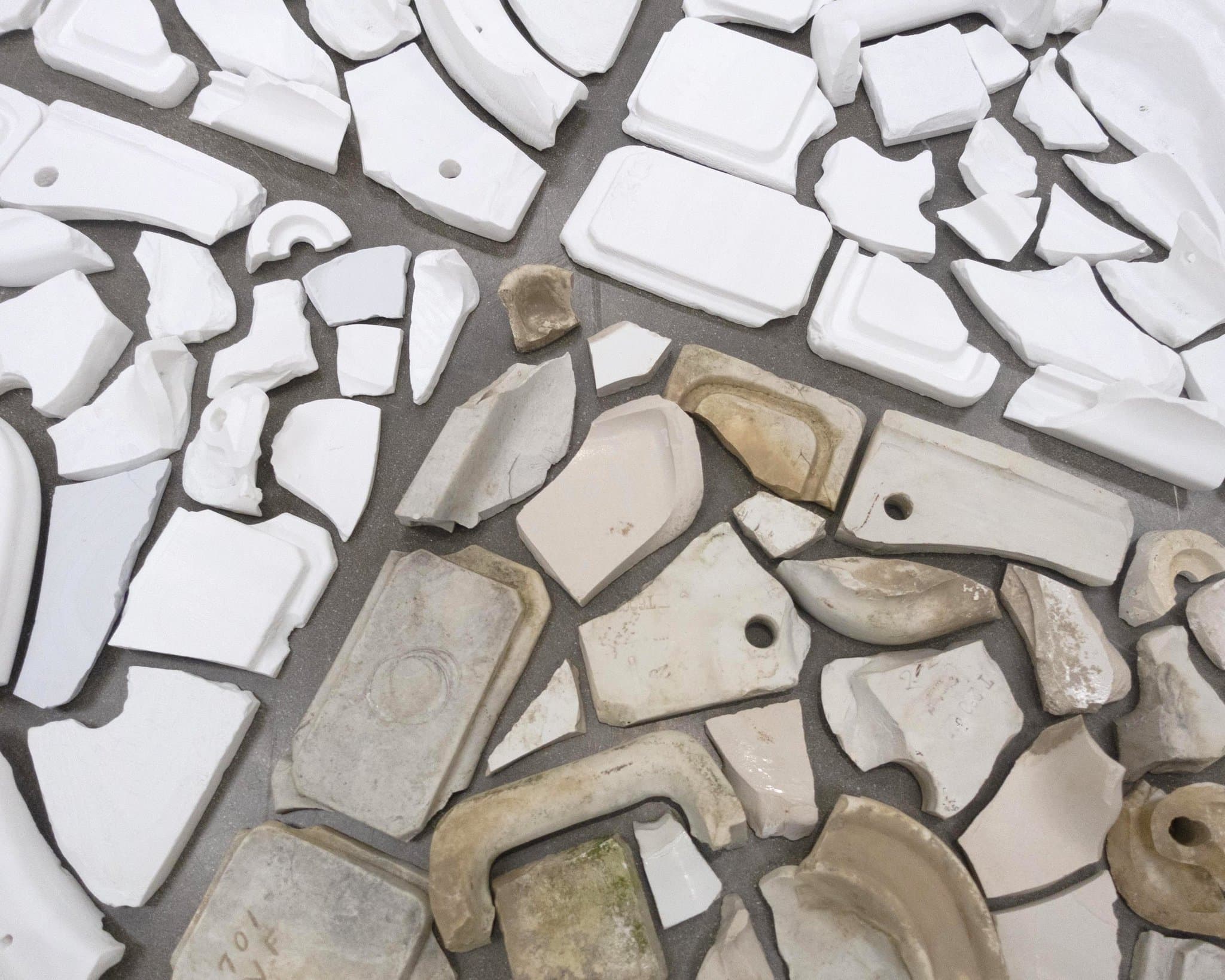 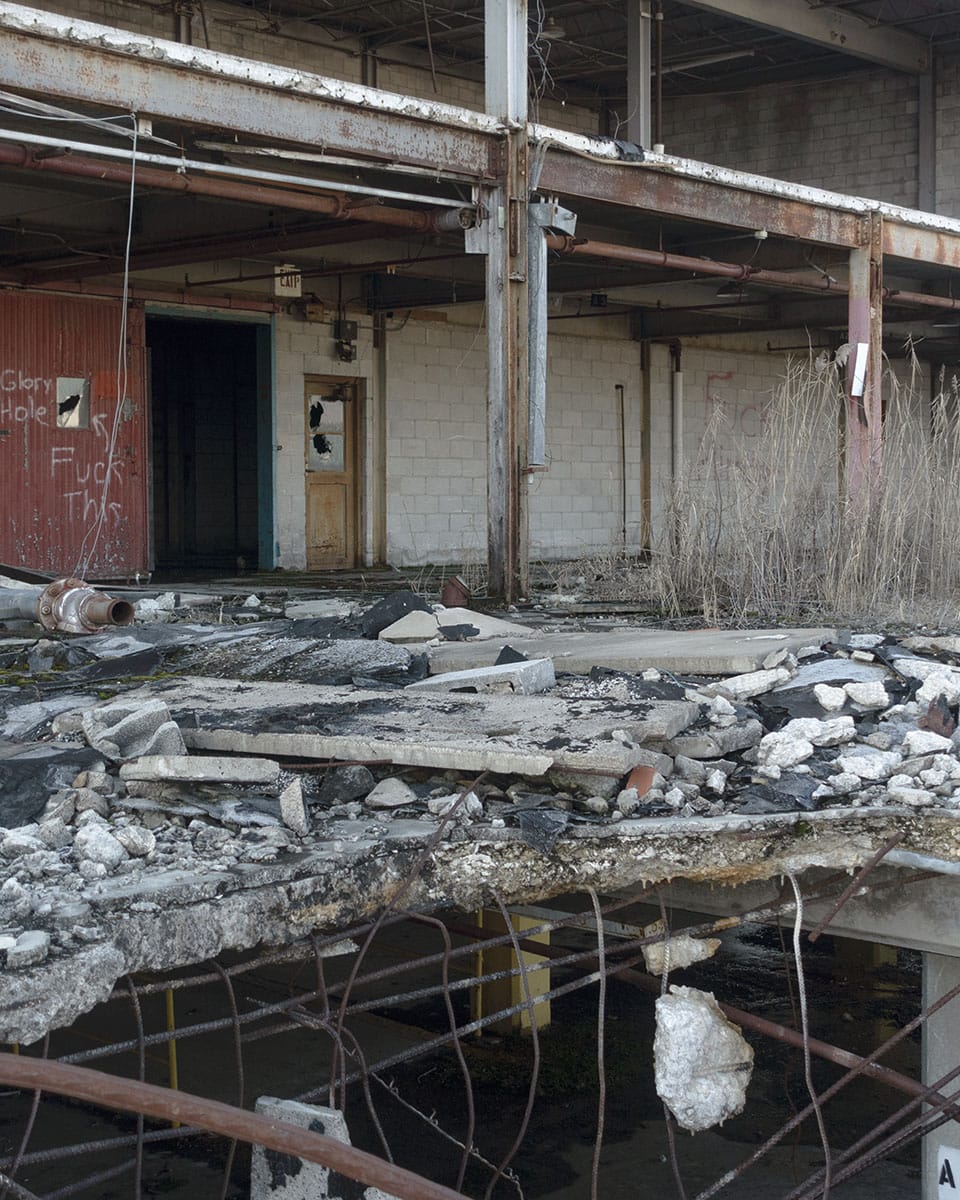 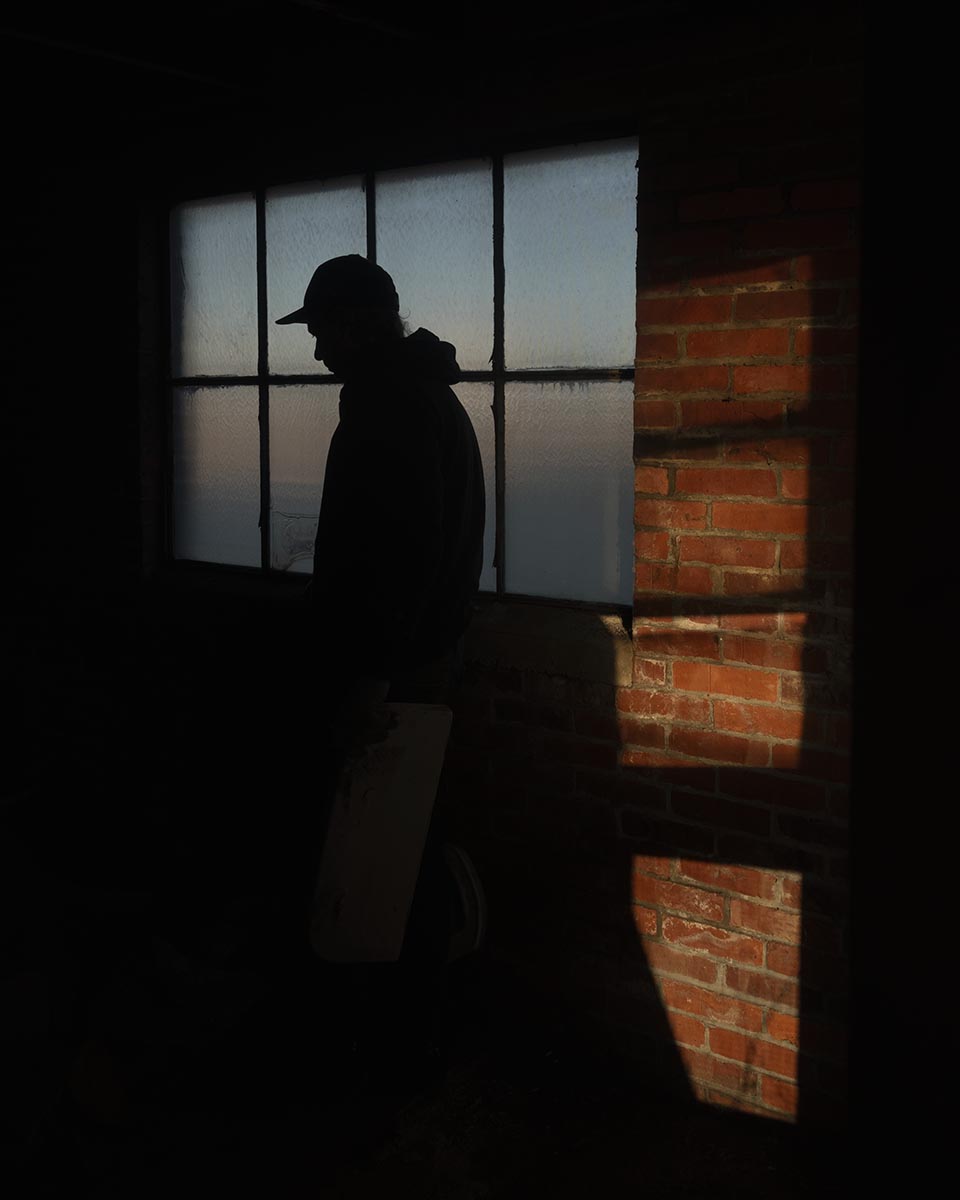