Zach Gotschalk is a mixed media painter and printmaker inspired by historical acts of destruction and science fiction narratives in comics and videogames, technology and current events. His work imagines a abstract apocalyptic worlds and the subliminal reaction of a cataclysm. Relying on painting, paper, and scraps of found materials, his work examines the deconstruction and survivability of a physical world and what remains afterwards. He has most recently showed in Architectonic at the Foundry Art Centre in St. Charles, MO in 2019 and the Print and Clay Juried Exhibition at the Utah State University in Logan, UT in 2018. He has received his Master of Fine Arts degree in Printmaking from the University of Arizona in 2020 and received his Bachelor of the Arts degree from Christopher Newport University in Newport News, VA in 2016. 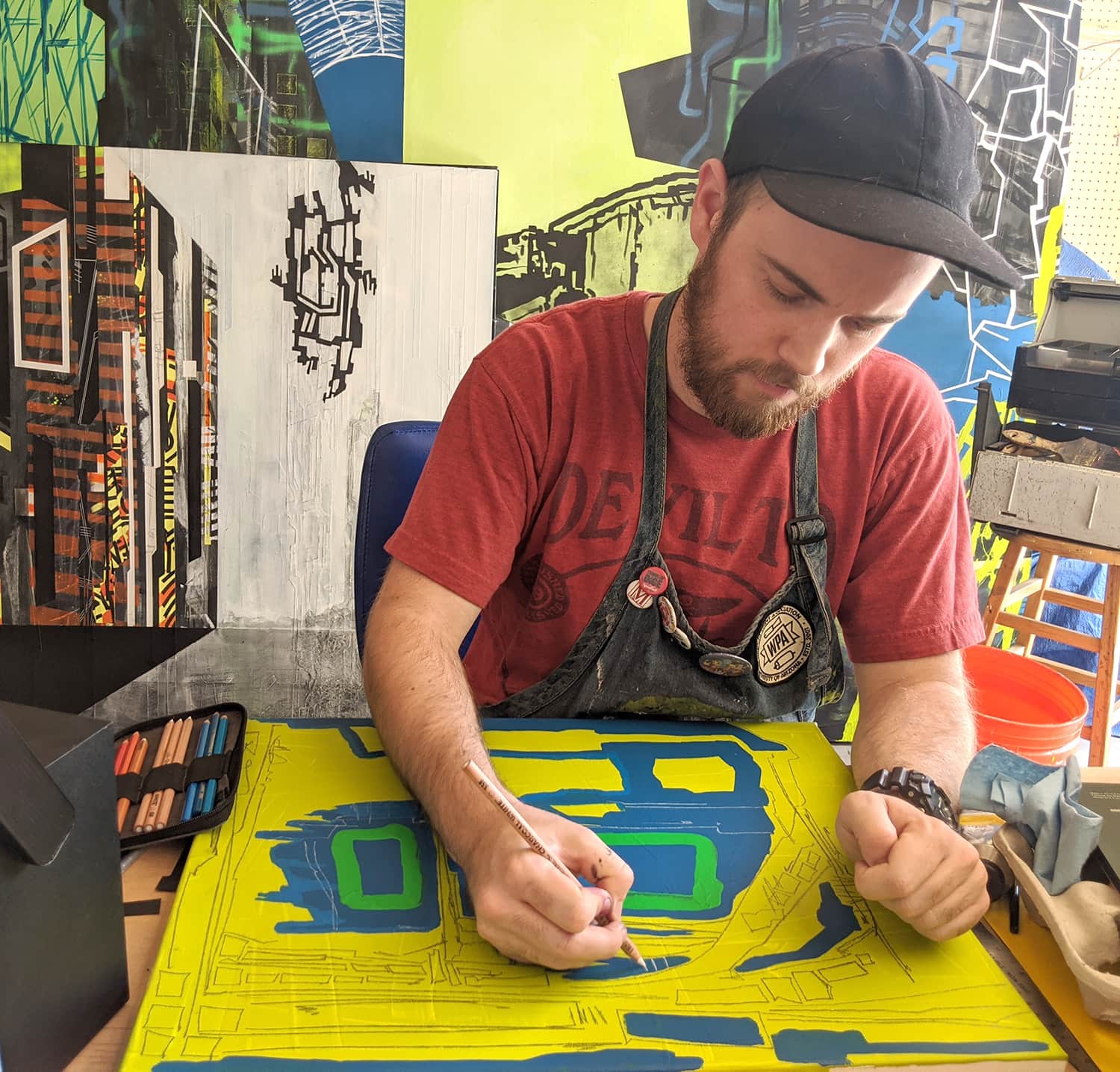 Building with scavenged imagery and mark making, this body of work depicts an urbanized landscape of abstracted chaos and apocalyptic destruction. Depicting what a structure was and what remains simultaneously, this apocalyptic landscape juxtaposes the value placed on a location’s visual written history and its unwritten future. Formal elements found in each structure’s remnants are deconstructed and reconstructed layer by layer through both application of materials and degradation of previous visual information. Recognizable imagery of destruction and conflict appropriated from historical artwork based upon war and ruin, science fiction narratives, and futurist architecture concepts add to the landscape for destructive context.

Material and visual endurance built and collapsed on upon each layer introduce an unread history to the landscape by destroying the information created through image appropriation and mark making before, turning each remain layer into a new world. Precision linework and perspective visually erode, decay, and are swallowed by gestural marks and scavenged paper, overlapping the world before. Neon color allude to the energy of the environments as they leave trace histories throughout the pieces. 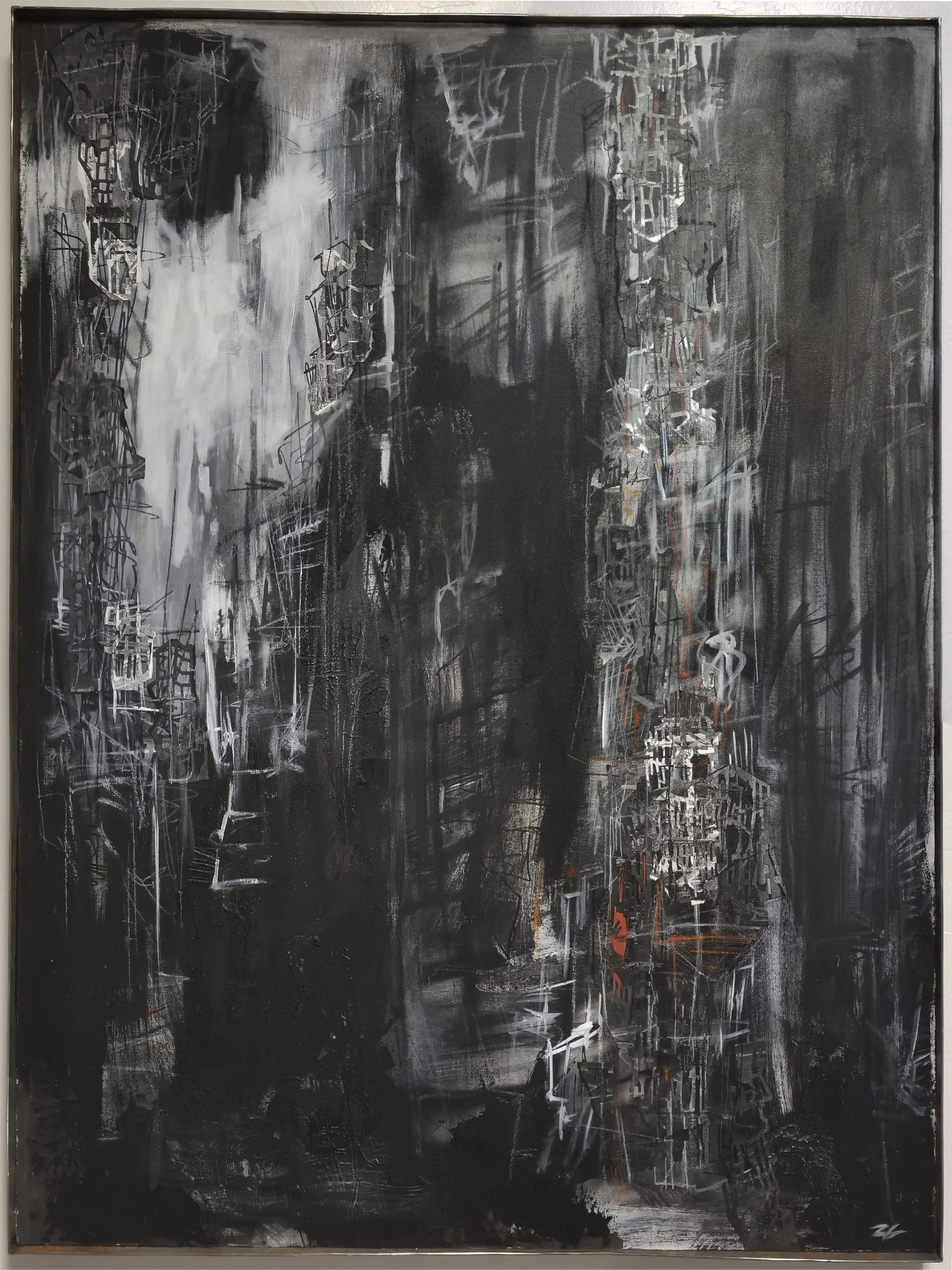 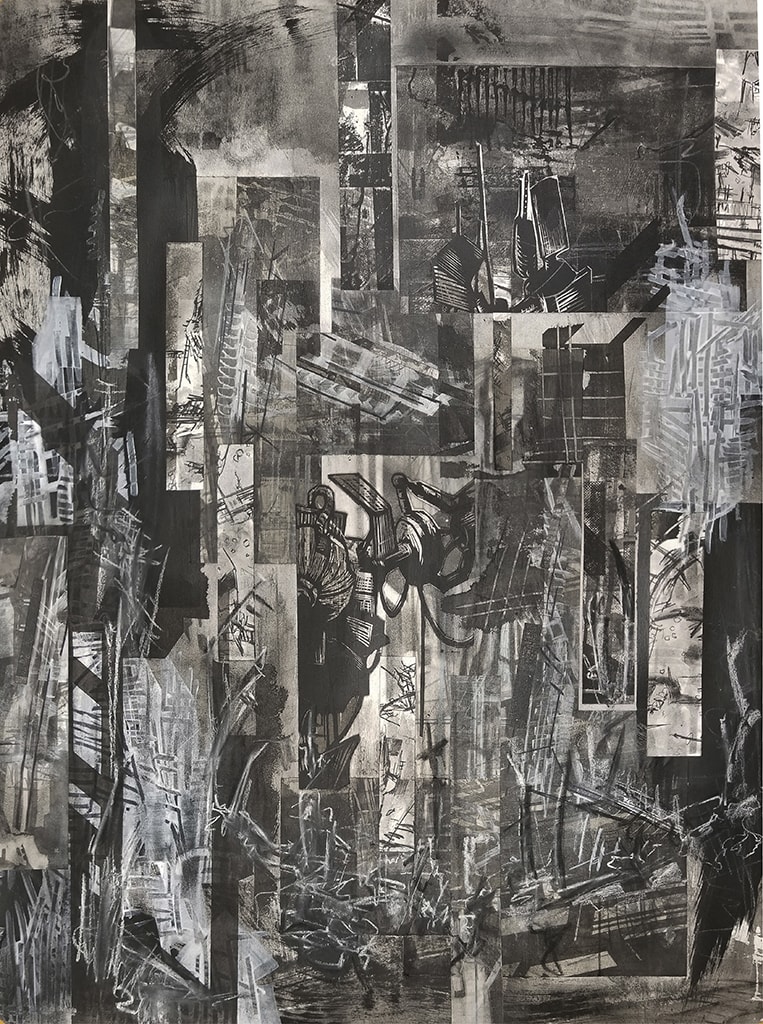 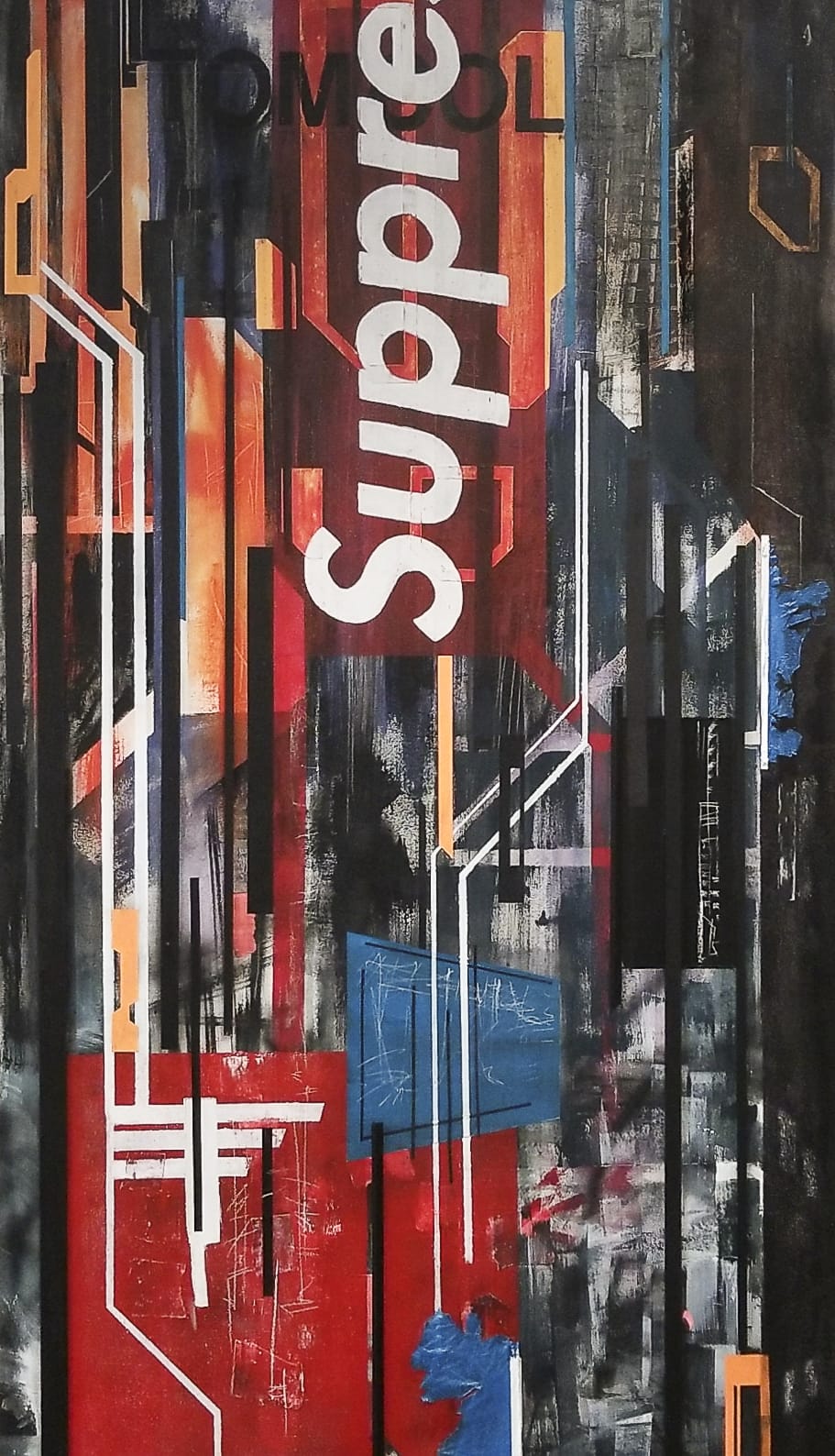 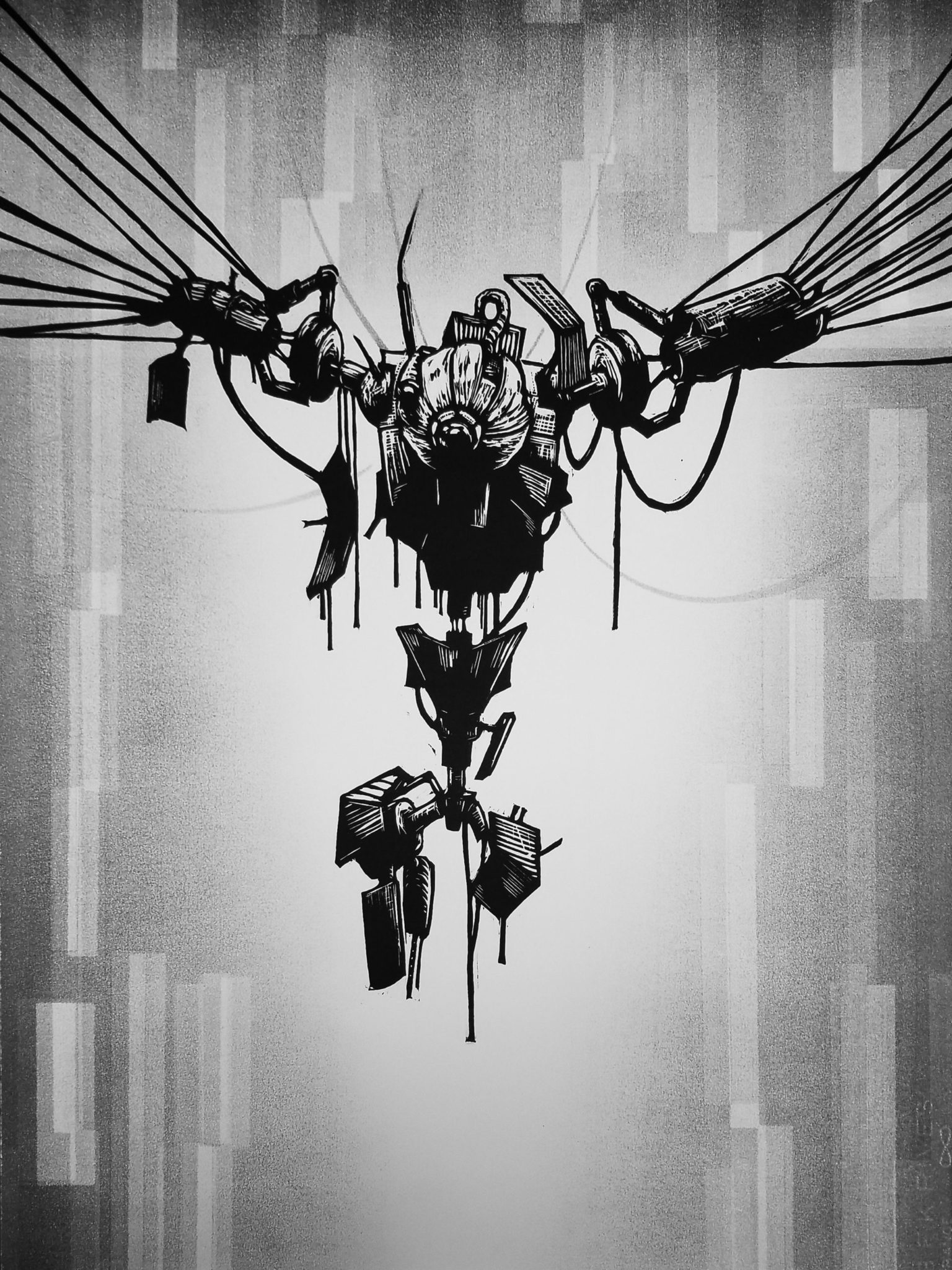